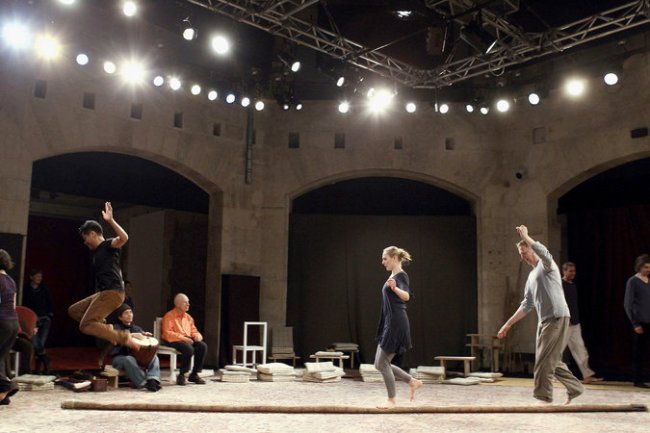 “Peter Brook: The Tightrope” is a documentary film of actors pretending to walk a tightrope. Simon Brook, son of Peter Brook, directed this film which is as much about actor-training as it is about exposing a metaphor.

In fact, the ‘tightrope’ was a rolled-up Persian carpet on which the actors had to maintain balance but were permitted to perform tricks or stunts. Most importantly, they had to convey that they were genuinely suspended in the air, their feet hugging a thin cord.

Peter Brook, a theater director who is nearly 90 years old, coached the actors using both simple and abstract instructions. The participants soon understood the tightrope as a metaphor for the risks we take in life and the risks inherent in every serious acting role.

A.O. Scott, the New York Times film reviewer extended this metaphorical understanding: “At some point, though, perhaps many years after the encounter recorded here, they will peek down at the chasm under their feet and find themselves possessed of the agility and imagination to keep going.”