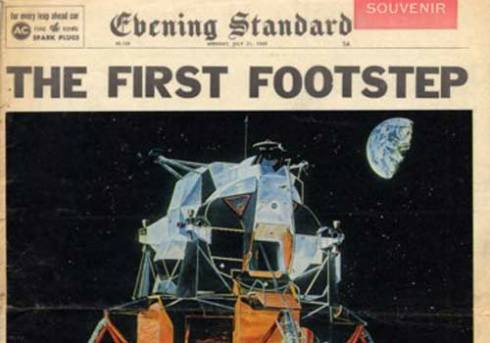 “That’s one small step for man, one giant leap for mankind.”

July 20, 1969: Neil Armstrong became the first man to step foot on the moon. He and his co-pilot, Col. Buzz Aldrin planted an American flag on the lunar surface and a plaque which reads, “Here men from the planet Earth first set foot upon the moon. July 1969 A.D. We came in peace for all mankind.”