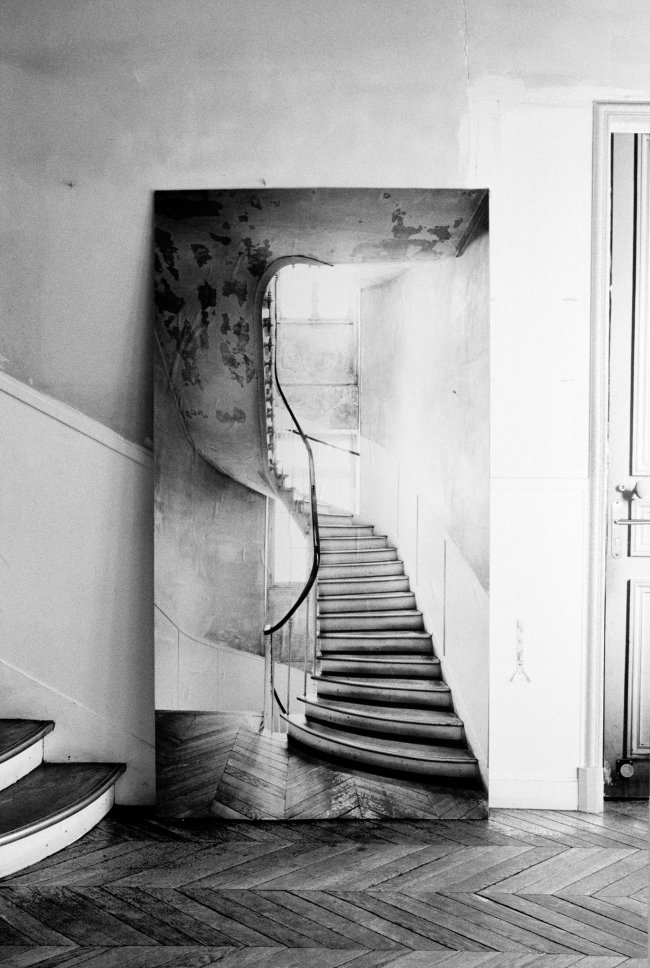 For just over $300, you can create the illusion of a second story in a small living space. This mural may delight onlookers, but it defies any advance by would-be climbers.

The collaborative design team of a Paris-based fashion house, Maison Martin Margiela and another French company, L’Atelier d’Exercices, have produced objects for the home that mix irony, mystery and humor.

The latest, an atmospheric staircase, would add wit and misdirection to any room and would bring a new dimension to a cramped studio apartment. The mural measures 7.4 feet by 3.9 feet.

Information and photo from: 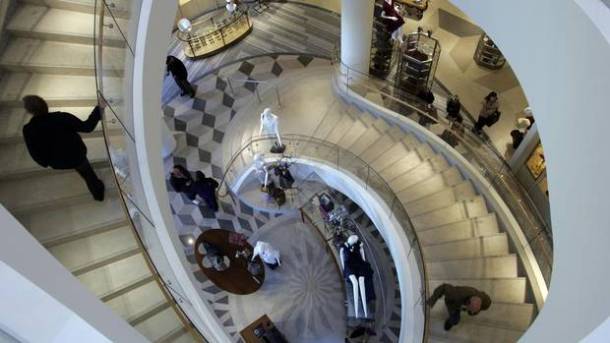 How would you respond if these words were on a sign posted by a staircase?

In a 2013 study, 49 per cent more subway riders in Singapore chose the stairs over the escalators when signs such as “I want to climb the stairs to fitness” were posted over a four-week period.

A study at the University Hospital of Geneva in Switzerland took a battery of health measurements from 77 employees before and after a 12-week campaign in which posters and floor stickers encouraged stair use. The results, published in the European Journal of Cardiovascular Prevention & Rehabilitation, showed that the workers had increased the number of flights ascended and descended from 4.5 a day to 20.6 a day, and as a result had increased their aerobic fitness by 9.2 per cent. They also lost weight and significantly improved blood pressure and cholesterol scores.

Doctors at Saskatoon’s Royal University Hospital published a lighthearted study in the Canadian Medical Association Journal in 2011. For 56 trips ranging from one to six stories, the stairs took an average of 13.1 seconds per floor (without “rushing”) while the two sets of elevators took 37.5 and 35.6 seconds per floor, including the time spent waiting. That adds up to a savings of about 15 minutes a day – enough to make an impression on time-pressed health-care workers. 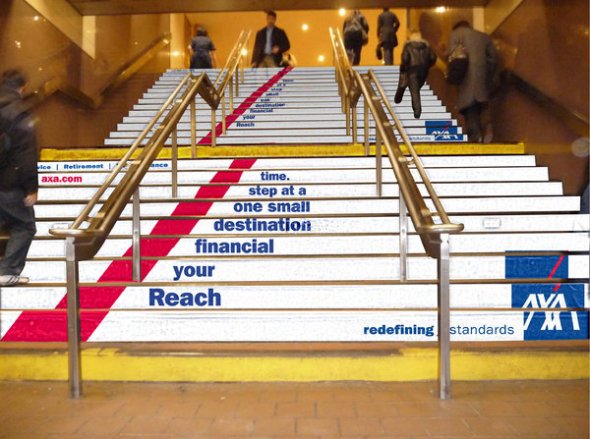 AXA EQUITABLE, a French-based insurance company, is taking an axe to its name, trimming it to AXA in the USA.

After studying consumer needs in the complex financial marketplace, their publicity company (Publicis Kaplan Thaler) has devised a sharp new campaign.  Consumers can contemplate a simple message as they climb stairs in public places such as Grand Central Station in New York.

“Reach your financial destination one small step at a time. AXA redefining standards.”

The staircase is both the medium and the message.

Adapted from and photo from: